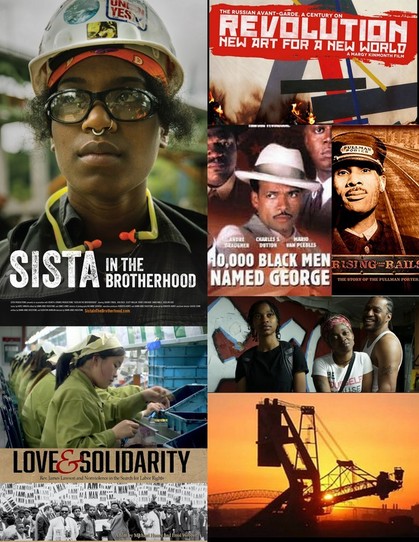 ​Organized and presented by the Metropolitan Washington Council of the AFL-CIO, the Debs-Jones-Douglass Institute and the AFI Silver, the 17th annual DC Labor FilmFest features a wide-ranging selection of films about work, workers and workers’ issues.

DEATH BY DESIGN: THE DIRTY SECRET OF OUR DIGITAL ADDICTION
Fri, May 26, 12:00pm

See below for detailed film write-ups and trailers, dates, times and links to RSVP. These screenings are all FREE except as noted.

Thu, May 11, 12:00pm, Pickford Theater of the Library of Congress (3rd fl., Madison Building, 101 Independence Ave SE, Washington, DC)
RSVP here
Co-sponsored by the Library of Congress Professional Guild AFSCME Local 2910 and the American Folklife Center.
Spotlights the memories and stories of former workers of the Sparrows Point Steel Mill in Baltimore. For 125 years, tens of thousands of steel workers and associated personnel have known the mill not only as a place of employment, but as the center of community life. In 2012, the mill was shuttered forever, devastating its workers – both active and retired – their families, and surrounding communities. As part of the larger Mill Stories project (millstories.org), the film aims to safeguard and promote the living cultural heritage of the mill, and to help amplify the voices of those who knew it best. The screening will be followed by a discussion with former Sparrows Point workers.
Co-directed by William Shewbridge and Michelle Stefano; 2016, 35m

SISTA IN THE BROTHERHOOD 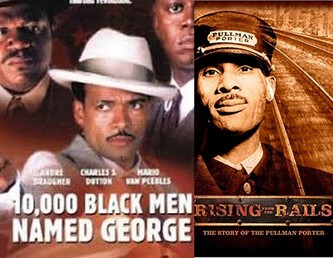 Rising from the Rails: The Story of the Pullman Porter
Chronicles the legacy of Pullman Porters, generations of African American men who served as caretakers to wealthy white passengers on luxury trains that traversed the nation in the golden age of rail travel. Based on the best-selling book by Larry Tye.
47min | Documentary | Video 11 February 2006

Mon, May 15, 7:00pm, New Deal Café, 113 Centerway, Greenbelt, MD 20770, accessible by Metro Buses G12 & G16 from the Greenbelt Metro Station
FREE; RSVP here
An optional buffet dinner ($14) is offered at 6:30, half an hour before show time.
Hosted by the Prince Georges County Peace and Justice Coalition
Director Jonathan Olshefski follows the Raineys, a working-class Black family living in North Philadelphia, over the course of eight years. Christopher “Quest,” works a newspaper delivery route to support his recording studio while his wife works at a domestic violence shelter. Partway through “Quest” a stray bullet hits their daughter, PJ, blocks away from the basketball court where she plays every day, claiming her left eye. A beautiful and gently-paced depiction of race and class, “Quest” premiered at the 2017 Sundance Film Festival.
Dir. Jonathan Olshefski, US, 2016, 105 min 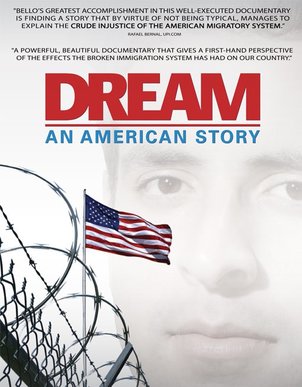 Fri, May 19, 12:00pm, AFL-CIO, 815 16th Street NW, Washington DC 20006
FREE; RSVP here
Alexandria-based filmmaker Aldo Bellow will present excerpts from his award-winning film, leading a discussion on DACA, how DREAMers organized politically to obtain DACA, and its future in this administration. The film follows Juan Gomez, who came to the United States from Colombia when he was 2 and grew up speaking English. His parents were seeking to escape Colombia’s civil war, but their application to remain in the United States was denied. They stayed anyway. Bello uses Gomez’s story to explore the activist movement of young undocumented immigrants known as Dreamers.
“These young people who were not fully citizens were participating in the political process,” Bello told The Washington Post. “They’ve been doing it despite all the odds. It’s been quite incredible to watch.”
​
Watch the trailer here 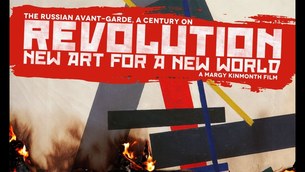 Thurs, May 25, 8:00pm, Old Greenbelt Theatre, 129 Centerway, Greenbelt, MD 20770.
Adults: $9; Senior/Student/Military: $8; Members: $6.50; Kids: $6​
ORDER TICKETS ONLINE HERE
Directed by acclaimed filmmaker Margy Kinmonth, Revolution: New Art For A New World is a bold and exciting feature documentary that encapsulates a momentous period in the history of Russia and the Russian Avant-Garde. Drawing on the collections of major Russian institutions, contributions from contemporary artists, curators and performers and personal testimony from the descendants of those involved, the film brings the artists of the Russian Avant-Garde to life. Some of the works of art have been locked away for many years, so the documentary provides an exclusive look at works of Russian Avant-Garde art that many have never seen.

​DEATH BY DESIGN: THE DIRTY SECRET OF OUR DIGITAL ADDICTION