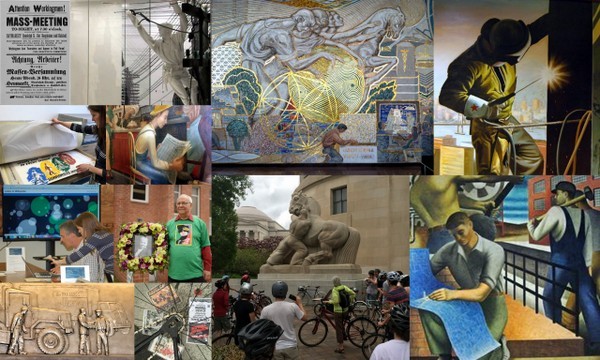 This exhibition of film posters and stills represents a wide range of Hollywood, independent and foreign films that incorporate workplace and organizing themes. Many of the films presented here have helped bring public attention to important stories about worker safety, the exploitation of immigrant workers, impediments to achieving union recognition and other important issues. Many are also exceptional works of art. The exhibition is selected from a larger collection owned by the DC Labor FilmFest, made possible by the support and generosity of Jules Bernstein. 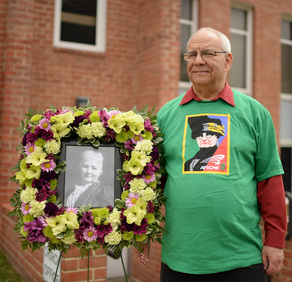 Wreath-laying in honor of legendary labor organizer Mary Harris “Mother” Jones’ 185th birthday, May Day and marking the official launch of the DC LaborFest. Includes proclamation of May 1 as “DC Labor Fest Day” by the Montgomery County Council and the Maryland State Assembly. The legendary labor organizer spent a lifetime fighting for unions and the rights of workers. She died at the Burgess Farm in what is now Adelphi, Maryland, on November 30, 1930, aged 100 years. The nearby marker in her memory was erected in December, 2000 by the Maryland Historic Trust. 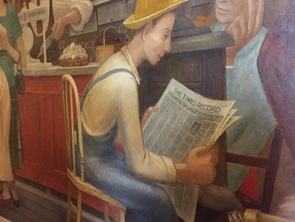 Thu, May 5, 12:00pm – 1:30pm
Meet at the top of the Federal Triangle Metro escalators (near 12th & Pennsylvania) (map)
Must present valid photo ID. FREE but you must register here

Rare chance to see dozens of stunning New Deal-commissioned murals depicting the country’s postal heritage at the former headquarters for the U.S. Post Office Department, now home to the Environmental Protection Agency. We’ll also visit the Old Labor Dept./ICC building (also now EPA HQ), opened under the tenure of the department’s first female Labor Secretary, Frances Perkins, who had her office there from 1934 until 1945. During the tour you’ll learn more about the history of the Federal Triangle complex, including organized labor’s role in the construction of “one of the greatest building projects ever undertaken.” Led by Clark Spencer.

“Triangle Shirtwaist Factory and how it changed everything (30,000 women who marched before)” 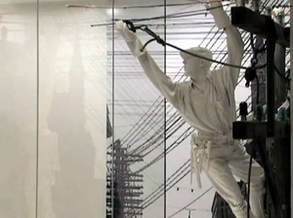 A very special guided tour of the International Brotherhood of Electrical Workers (IBEW) museum. The IBEW museum presents an interactive history of the IBEW from its founding until today, tracing the fascinating development of the electrical industry over the last century through displays of equipment used by members going back to the 1890’s, including a collection of lightbulbs spanning more than a century. The tour will be led by IBEW Museum Curator Curtis Bateman. 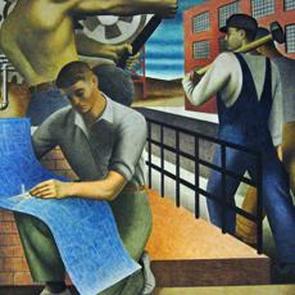 ​Artist Ben Shahn’s stunning frescos are as vibrant and meaningful today as when he created them in 1942. Don’t miss this rare opportunity to see these amazing artworks up close. Originally created for the Social Security Administration’s headquarters, the massive multi-paneled fresco in the Wilbur J. Cohen building (which is now home to the VOA) is entitled “The Meaning of Social Security” and includes “Work, the Family, and Social Security” on the west wall, and “Child Labor, Unemployment, and Old Age” on the east wall. You’ll also get a chance to see a huge mural by Philip Guston, titled “Reconstruction and the Wellbeing of the Family,” in the auditorium at the Cohen building, which is not a part of the general public tour. 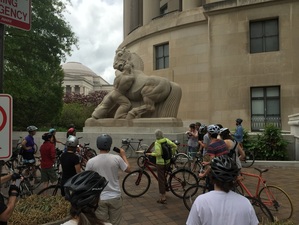 ​A rollicking ride by bike through DC’s history of working-class struggle, the tour will highlight sites and stories of resistance from the distant past to recent events, some memorialized in stone, others paved over and nearly forgotten. Tour pamphlets (complete with a route map) will be provided, as well as a commemorative spoke card for all participants. 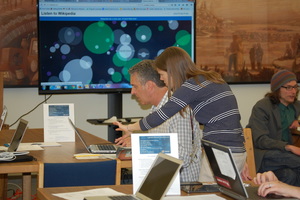 ​Join a community interested in promoting labor history by editing the popular online encyclopedia Wikipedia. Part celebration and part workshop, Edit-a-Thons are organized around a single topic as a means to build awareness and community. We’ll draw content from labor-related collections at the University of Maryland, including the AFL-CIO Archives. No editing or technical experience necessary. All participants will receive complimentary issues of Labor’s Heritage journal. 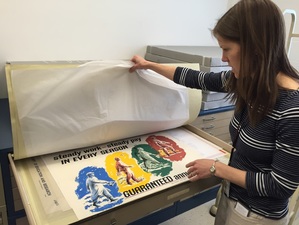 ​Unique opportunity to view the George Meany Memorial AFL-CIO Archive, a prestigious archive originally at the National Labor College, recently moved to Special Collections in Labor History & Workplace Studies at the University of Maryland Libraries. These rich archives provide a look at the history of the labor struggle in the United States and internationally. See behind the scenes in the archive stacks: labor cartoons, buttons, pins, and memorabilia. (Follows the Labor History Edit-a-Thon) 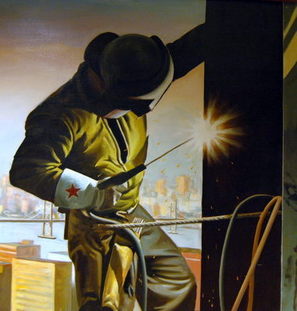 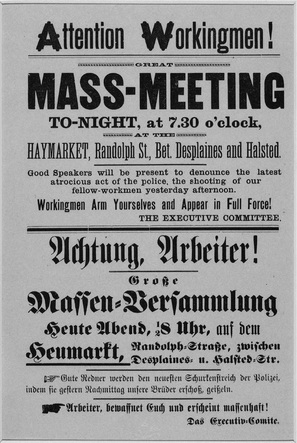 130 years ago, workers exiting the factories and workshops of Chicago were handed two versions of a large, bilingual leaflet announcing a mass meeting that night in a popular city square. The purpose of the 1886 gathering was to denounce the shooting of four workmen the previous day at a rally for the eight-hour day. The shocking events that would transpire at the close of the meeting in Haymarket Square would reverberate throughout the world and grip the popular imagination of America for decades, resulting in the first “trial of the century,” the unjust execution of four anarchist labor organizers, and was the basis of the first May Day commemorations around the world. The two versions of the handbill are still shrouded in controversy and are considered by some to be the most important pieces of paper in American labor history. Join librarian and AFSCME local 2910 steward David Fernández-Barrial for a talk about the handbills and see the two remarkable 1886 originals from the Rare Book Reading Room of the Library of Congress 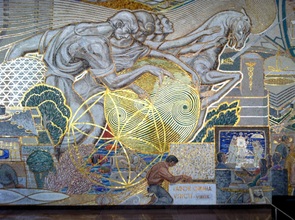