UNION CITY RADIO​: WPFW’s [email protected] LABOR EDITION
5p*, live on WPFW 89.3 FM
Live performances on your radio by artists who “put the movement back in the movement!”
Weds, May 1: Judge Smith Band
Saturday, May 26, 8p: Laborpalooza MusicFest
Tuesday, May 29: Labor Jazz Showcase
​* except for the May 26 Laborpalooza show, which starts at 8p

Weds, May 1, 3-4p, WPFW 89.3FM or listen online
Union City Radio’s Chris Garlock hosts a 3-hour radio special (2-5p) celebrating May Day and previewing the 2018 DC LaborFest; in the 4-5p hour he'll play labor music selections.
​May Day is observed around the world as International Workers' Day, honoring laborers and the working classes, while the DC LaborFest – now in its fifth year, explores workers and their struggles through the arts, including film, music, art and history.
​ 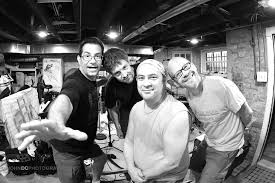 Tuesday, May 1, 5P, listen on WPFW 89.3FM
​
Led by DC Nurses Association Executive Director – and Your Rights At Work co-host -- Ed Smith, the DC-based rock band has released three projects since their 2003 formation, featuring innovative covers of classic songs from the Beatles and the Grateful Dead as well as original music. The band will play original tunes from their most recent release, the full-length “American Vista,” as well as classic rock songs.

Sat, May 5, 6p; Capital Fringe space at 1358 Florida Ave NE, Washington DC
$10; order tickets here
A one-night-only multimedia extravaganza and exploration of what Karl Marx means today in America and the world, Dictionary of Marx will take place on Marx’s 200th birthday, which coincides with the Cinco de Mayo celebration of Mexican culture. A dozen of Washington, DC’s most engaging presenter-performers will provide their brief interpretations of key words in the lexicon of Marx in less than 15 minutes. There will be theater, poetry, film, monologues, mini-lectures, and happenings. The event will also feature live music from Joe Uehlein, Magpie, and Elena & Los Fulanos, and interactive experiences, including board games, bartender conversations, and writing workshops.
The event is organized by the Goethe Institut Washington DC as part of an international series, and curated by John Feffer.
Includes the short film Creative Feds, a documentary project which explores federal employees who are as far from the stereotypical “faceless bureaucrats” as you can get.  They are government employees by day who also pursue a creative calling  by night and weekend. Whether they consider their creative work a hobby or a second career, they don’t see their federal work as a day job. Instead they bring their creative spirit into their federal work, and are equally  dedicated to serving their country and their craft. 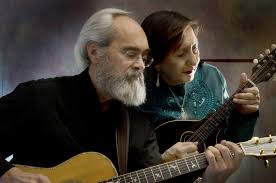 Tuesday, May 8, 5p; listen on WPFW 89.3 FM
Magpie’s Terry Leonino and Greg Artzner return to LaborFest for the third straight year. The duo will sing selections from their newest release, “When We Stand Together: Songs of Joe Hill, the IWW, and Fellow Workers,” and talk with LaborFest coordinator Chris Garlock about the influence of music in the labor movement. From Joe Hill and the Wobblies to the miners of Appalachia to Pete Seeger, Joe Glazer, and contemporary songs by themselves and fellow writers, Greg and Terry cover more than a century of labor song with power and authenticity.