There Is Power In A Union: A Labor Songs Vespers 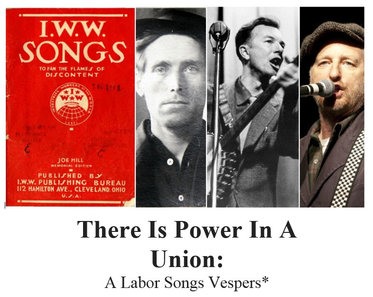 Fri, May 13, 7:30pm – 9:00pm
FREE; Unitarian Universalist Congregation of Fairfax, 2709 Hunter Mill Rd, Oakton, VA 22124
From Joe Hill to Pete Seeger to Billy Bragg, the songs of the labor movement have helped rally workers to the cause, inspired men and women to organize for justice, and articulated the aspirations of of tens of millions of workers around the world. Join Pete Rafle, Bob Carr and Bob Hatfield as we honor the music and poetry that has inspired the power of solidarity and the workers' struggle. All are welcome. Stay after the service for refreshments and conversation. *Vespers: A complimentary, casual (occasionally spiritual) gathering around themes of music & poetry, easing the transition from workweek to weekend. We are a thriving liberal spiritual community of some 1200 adults and children, a descendant of the historic All Souls Unitarian in DC, now in our 61st year: 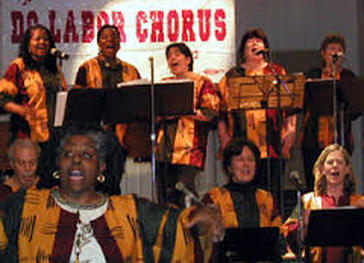 Two of DC’s favorite singing groups join their voices in song to celebrate the past and continued work of movements that changed America for the better -- labor and human rights. Not What You Think, an a cappella ensemble, and the DC Labor Chorus will share the stage for a concert of classics as well as current songs that focus on “Peace, Jobs and Justice.” The Chorus is a musical ensemble representing union and community activists from the Washington, DC area. Some of us are professional musicians but most of us are union members and activists who just love to sing! The DC Labor Chorus sings for rallies, demonstrations, and picket lines. We invite anyone who loves to sing about worker solidarity and social justice to join us Mondays at 7p at the Washington Ethical Society 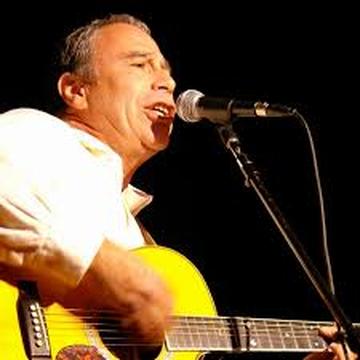 Sat, May 14, 7:30pm – 9:30pm
Zed's Cafe, 8225 Georgia Avenue, Silver Spring, MD
​
Longtime singer and organizer Joe Uehlein previews songs from The U-Liners new record, Sweet Lorain, due out later this year. "All original (pretty much all mine), all political -- songs from the labor and environmental movements and the intersection of those movements." Joe's 11-year-old daughter  Anna Grace, will join him on a number of the tunes, and will sing a few of her own originals. 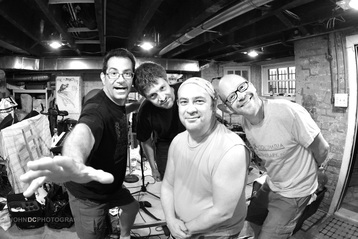 ​Judge Smith, a DC based rock/roots band, has been playing clubs, festivals and private parties in the DMV for over ten years. Judge Smith has released two full length CDs: 2012’s American Vista, a CD of originals nominated for best Roots/Rock CD by the Washington Area Music Association; and 2014’s CD, Live at King Street Blues, which presents the band in a live format at one its favorite joints. Judge Smith is fronted by Ed Smith, who also works for the District of Columbia Nurses Association and co-hosts “Your Rights at Work” Thursdays at 1p with Union City Radio’s Chris Garlock on WPFW. Lead guitarist Peter Eisler is a member of the Newspaper Guild, John David Coppola on bass and Evan Lintz on drums/percussion round out the lineup.