The election to fill the two vacant seats on the Metro Washington Council Executive Board will be held following the October 19 meeting of the Council via Zoom. Candidates will be provided an opportunity to briefly address delegates at the October 19 meeting before ballots are sent out. The election will be conducted by ElectionBuddy and eligible delegates will be emailed ballots on Thursday, October 22; deadline for voting is 11:59p on Saturday, October 24. Any questions or concerns during the voting period should be directed to [email protected].
WE MUST HAVE ALL DELEGATES CURRENT EMAIL ADDRESS AND/OR CEL PHONE # IN ORDER FOR THEM TO RECEIVE BALLOTS, email [email protected]

The candidate for the position of Secretary is Lisa Blackwell-Brown, UFCW 1994.
Candidates for the open Board seat are John Gibson, Teamsters 639, Tom Clark, IBEW 26 and Ann Hoffman, NOLSW, UAW 2320.

Please see below for latest list showing each affiliate's voting strength and delegates. Delegate updates and/or questions about voting strength should be sent to [email protected]. Deadline to update delegates is 5pm Friday, October 16.

Email Updates: The MWC will distribute two email Candidate Updates, one on October 7, the other on October 14, to all MWC delegates. All candidates will be invited to participate, by submitting a statement of no more than 250 words, and may include a photo of themselves. Deadline for the statement (plain text or Word doc) and photo (please submit as a separate jpg or png file) is 5pm on Tuesday, October 6 and 5pm on Tuesday, October 13.

REGISTER HERE  for the October 19 meeting.

MWC Affiliate VOTING STRENGTH & DELEGATE LIST (updated 10/15)
* If your local has too many delegates assigned, you must update: email [email protected]; only the number of delegates your local is entitled to will be permitted to vote in the election!
Undeliverables (Election Buddy has flagged bad email or, more likely, bad cel phone #s, for those on the list below. If you are on this list -- or know anyone on the list -- please email [email protected] ASAP so that we can get your contact info updated and get you your ballot!)
Tesfe Teckle - AFSCME 1959
Kenneth Pitts - AFGE 383
Octavia Fletcher - NUHHCE/AFSCME 2095
Joseph Mullikin - CWA 2336
Darrien Williams - NALC 142
Kenneth Lerch - NALC 3825
Donna Brockington - CLUW, Metro DC Chapter (AFGE 32) 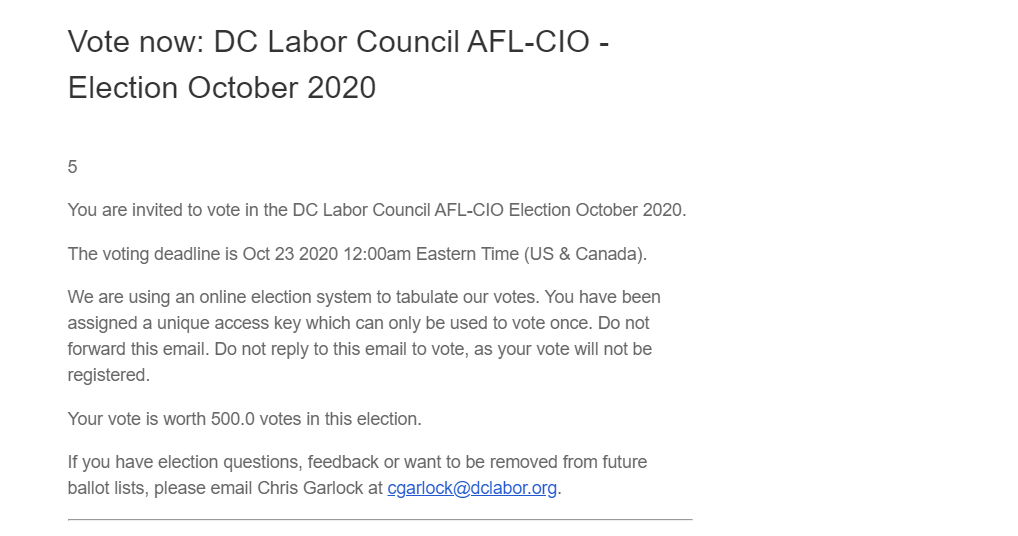 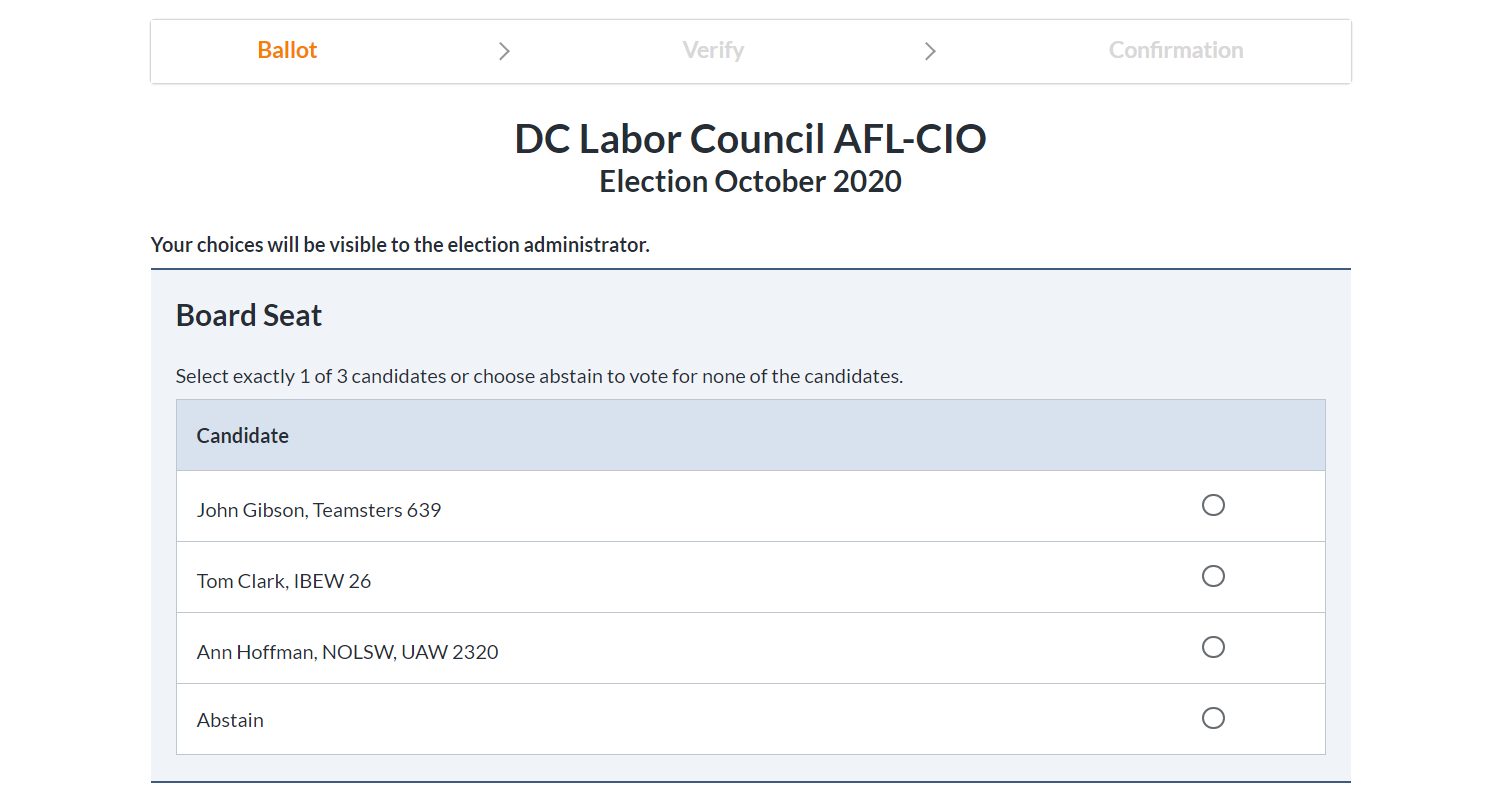 Delegates: Be on the lookout for at email resembling the graphic at left (vote strength will vary); once you click on the link, you'll go to a ballot like that at right; be sure to hit Confirm when done voting and you'll receive a confirmation email.

METRO WASHINGTON COUNCIL CONSTITUTION
There are two vacant seats on the Metro Washington Council Executive Board; Secretary and an open seat.
The candidate for the position of Secretary is Lisa Blackwell-Brown, UFCW 1994.
Candidates for the open Board seat are Tom Clark, IBEW 26, Ann Hoffman, NOLSW, UAW 2320 and John Gibson, Teamsters 639. Please see below for their statements.
The election will be held following the October 19 meeting of the Council via Zoom. Candidates will be provided an opportunity to briefly address delegates at the October 19 meeting before ballots are sent out. The election will be conducted by ElectionBuddy and all eligible delegates will be emailed ballots on Thursday, October 22; deadline for voting is 11:59p on Saturday, October 24. Any questions or concerns during the voting period should be directed to [email protected]
IMPORTANT NOTE: DELEGATES DO NOT NEED TO BE PRESENT AT THE 10/19 MEETING TO VOTE (BALLOTS WILL BE EMAILED/TEXTED) BUT WE MUST HAVE ALL DELEGATE'S CURRENT EMAIL ADDRESS AND/OR CEL PHONE # IN ORDER FOR THEM TO RECEIVE BALLOTS, email [email protected]
Please click here for latest list showing each affiliate's voting strength and delegates. Delegate updates and/or questions about voting strength should be sent to [email protected] Deadline to update delegates is 5pm Friday, October 16.
REGISTER HERE for the October 19 meeting.
CANDIDATES FOR THE OPEN SEAT
ON THE EXECUTIVE BOARD OF THE METROPOLITAN WASHINGTON COUNCIL
​(order determined by random draw) 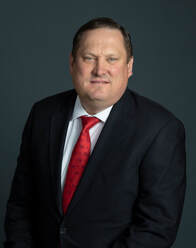 TOM CLARK
My name is Tom Clark, and I would be honored to serve on the Executive Board of the Metro Washington Council. I am currently serving as the Political Director and a Business Representative with IBEW Local 26.
A lifetime of working for unions and fighting for labor issues has brought me to seeking this office.  As a student I summer interned at the AFL-CIO Headquarters and then later accepted a job at the Bricklayers International Union Headquarters.  Looking to become a rank and file member of organized labor, I joined the Seafarers International Union, and completed their training program. I spent 4 years sailing aboard American Flag, union merchant ships.  After seeing the world, I chose to start a family and I was accepted into the Local 26 Apprenticeship Program and for the next 31 years, served as a journeyman, foreman, Shop Steward, election teller, and volunteer activist. I took a lead role in the initiation of the Local 26 Diversity Program and have volunteered in political campaigns throughout the DMV. While working as a rank and file electrician, I was still heavily involved in Anne Arundel County COPE and the MD, DC State AFL-CIO lobbyists meetings including giving both written and oral testimony to the Maryland General Assembly.
I consider myself blessed in my current position with the opportunity to inform, politically motivate and serve the members of the largest trade union in the area, my union, and family, IBEW Local 26. 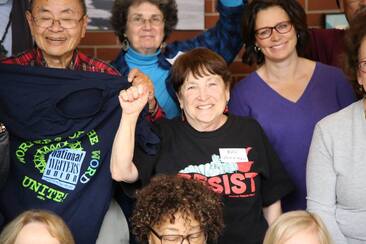 ANN HOFFMAN
My name is Ann Hoffman.  I have been a delegate to Metro Council for the past 10 years, first from the National Writers Union and now as a delegate from a sister UAW local, the National Organization of Legal Services Workers, Local 2320.  I would be honored to become a member of the Executive Board.
My whole working life has been in the labor movement.  When I first started working, I realized that there were bosses and workers, and I did not see myself as a member of the bosses’ class.
Since then, I have been a member of 4 different unions, a union lawyer, a local and national union representative, an educator and a lobbyist for the Garment Workers Union.  In that post, I fought alongside union brothers and sisters against lousy trade deals, for minimum wage increases, for fair treatment of immigrants, for family leave and on other issues.
I first became involved with Metro Council in 2001, when NWU tried to eliminate the General Business License, which applied to baby sitters as well as freelance writers.  With Metro Council’s help, we killed the License and its fee – although it did come back years later.
I have been a Board Member of the Community Services Agency, where I have paid special attention to the Building Futures Program, a preapprenticeship program that provides skills to low income residents of DC to enable them to qualify for union apprenticeships and good-paying jobs.
I am also a member of DC PERB. 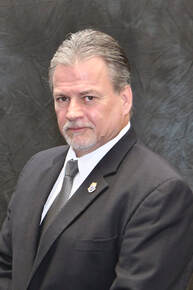 JOHN GIBSON
John Gibson is the President and Principal Officer of Teamsters Local 639 which has 9000 members living and working in the Washington DC Metropolitan area. Born and raised in Washington DC, John has an abiding commitment to improving the lives of working families in this area. As a union member for over 35 years, John started his career as a freight driver and soon became a Shop Steward. Recognizing his talents, Local 639 appointed him as an organizer and he quickly became one of the most successful organizers in Local 639 history. He views organizing as the lifeblood of the Labor Movement and honed his talents by attending the IBT’s organizing conferences (becoming an instructor over the years as well), the AFL-CIO’s Organizing Institute and the George Meany Center for Labor Studies.
John became a Business Agent at Local 639 in 2000 and was elected Secretary-Treasurer of the Local Union in 2004. He was re-elected by the members to this position five times. John was appointed President in 2019.
Local 639 is a long-standing member of the Metro Washington Council and John has been a delegate for many years. He is committed to fostering a cooperative and collaborative approach to labor issues among the Council’s affiliates and believes that labor organizations must be supportive of each other. As a member of the Executive Board, John intends to assure that Labor pursues organizing with vigor and that it speaks with a collective voice on matters of concern to all working families. 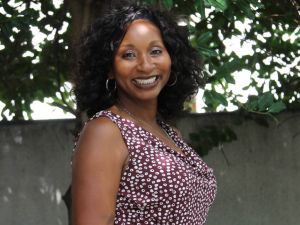 CANDIDATE FOR THE POSITION OF SECRETARY*
ON THE EXECUTIVE BOARD OF THE METROPOLITAN WASHINGTON COUNCIL
LISA BLACKWELL-BROWN, Esq.
Lisa Blackwell-Brown began her career in the labor movement as an intern with UFCW Local 1994. After leaving that position, Lisa went on to obtain a law degree from the Widener School of Law, and a Masters of Law from Wayne State University Law School. When Ms. Blackwell-Brown finished her studies, she traveled throughout South America, and taught English classes to CEOs. In 2013, Ms. Blackwell-Brown returned to UFCW Local 1994 as a Field Representative.
Currently, Ms. Blackwell-Brown is the Field Services Coordinator for UFCW Local 1994, and supervises the local union’s membership operations. In addition, Lisa serves on the UFCW Women’s Network as co-chair of the “Collective Bargaining Committee.” Lisa also serves as Local 1994’s representative on the “Committee for Montgomery” Executive Board, and was recently elected as “Recorder” of UFCW Local 1994.
Lisa is a strategic and effective leader, and is honored to become part of the Metropolitan Washington Council’s leadership team.

*NOTE: Blackwell-Brown, unopposed, was elected by acclamation at the October 19 MWC Delegate meeting.