Don't Give Up Your Voice  [2018] – 40 min. This film looks at the widespread and creative resistance to a repressive government in Argentina - in organized labor, at worker coops, street protests, theater and music - and offers timely lessons for us in the North.

GOOD FOOD [2008] – 57 min. Pacific Northwest family farmers, plus the businesses and markets that feature their products, show that it is possible to increase the supply of healthy, local, sustainably grown food.  Seattle International Film Festival, broadcast PBS.
Tuesday, July 21: Gone Postal
7p EDT, Free via Zoom; RSVP here
Introduced by director Jay Galione
​
Jay Galione, son of a postal worker, investigates the dark corners of the U.S. Postal Service. Across the country, brave employees stand up to injustice on the job and fight to Save the People’s Post Office. A moving indictment of the toxic culture and push to downsize, this eye-opening documentary allows viewers to hear from experts and advocates including Ralph Nader and Richard Wolff, and directly from the selfless and courageous people hidden behind the scenes, long suffering and ignored.
91 min; 2019, U.S., documentary 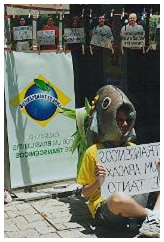 WEconomics: Italy  [2016] – 19 min. The Emilia-Romagna region in northern Italy has one of the highest concentrations of cooperative businesses in the developed world , and this film  highlights what a cooperative economy and society have to offer. 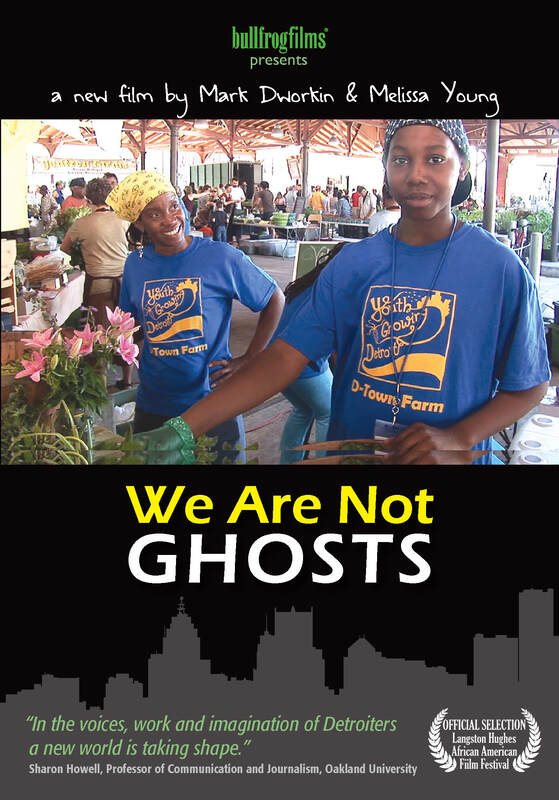 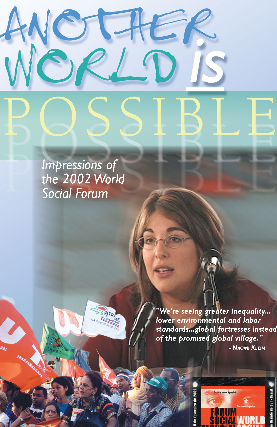 Tuesday, July 14: We Are Not Ghosts & Another World is Possible
7p EDT; Free via Zoom; RSVP here
Great new series of “films that show living examples of people who are building the kind of world we want to see,” from Moving Images, in collaboration with distributor Bullfrog Films!
This week: Neighborhood organizing in Detroit, and World Social Forum for global justice

We Are Not Ghosts [2012] – 52 min. Fifty years ago Detroit was booming, with two million hard working people living the American Dream.  Then the auto industry fell on hard times and so did Detroit.  Many people moved away.  Whole neighborhoods turned into wastelands.  But some have a vision for a new Detroit, as a human scaled city in a post industrial world.  And with urban farms, peace zones, and spoken word poets, they are starting to make it real. Langston Hughes, Greater Reading, Awaken! Film Festivals. Brussels Academy Amsterdam, Free Speech TV broadcast.
Preview

Judith Helfand's 2019 film -- which suggests there may be no difference between an epidemic and a catastrophe -- now looks eerily prescient. In 1995 Chicago was hit by a record-breaking heat wave, so hot that the lives of 739 residents were lost in a single week; mostly poor, African-American, and elderly residents. This searing, offbeat documentary connects the dots to more recent natural disasters, provocatively exploring the ways in which class, race and zip code predetermine our chances of survival during environmental crises.
Director: Judith Helfand; Starring: Judith Helfand, Eric Klinenberg, Linda Rae Murray
Genres: Documentary; 81 min; 2019 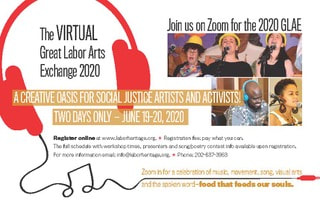 In the words of Mother Jones, “Pray for the dead and fight like hell for the living!” And so we shall ~ with cultural expressions of solidarity to lift spirits and inspire action.

We’re ready to go where no GLAE has gone before! Enjoy 2 days of the Great Labor Arts Exchange, including workshops, and the Annual Song/Poetry/Spoken Word Contest!

This year we’re going digital, using Zoom video conferencing and live streaming. You’ll be able to listen, sing-a-long and most importantly, share the communal joy of being together in these difficult times. Just download the Zoom App, register and pay for the conference, and you’re in.

Combining archival footage with testimony from activists and scholars, director Ava DuVernay's examination of the U.S. prison system looks at how the country's history of racial inequality drives the high rate of incarceration in America.

This piercing, Oscar-nominated film won Best Documentary at the Emmys, the BAFTAs and the NAACP Image Awards.

The title of Ava DuVernay’s extraordinary and galvanizing documentary 13TH refers to the 13th Amendment to the Constitution, which reads “Neither slavery nor involuntary servitude, except as a punishment for crime whereof the party shall have been duly convicted, shall exist within the United States.” The progression from that second qualifying clause to the horrors of mass criminalization and the sprawling American prison industry is laid out by DuVernay with bracing lucidity. With a potent mixture of archival footage and testimony from a dazzling array of activists, politicians, historians, and formerly incarcerated women and men, DuVernay creates a work of grand historical synthesis.
Tuesday, June 9: 7P: Brassed Off
FREE; register here
Introduced by Seth Cook, Principal tubist for the Washington National Opera and Kennedy Center Opera House Orchestra, member of the DC Musicians Union and a co-owner of the Takoma Beverage Company. Click here to order dinner from TBC to enjoy during the screening!

“A traditional feel-good motion picture with an element of social commentary thrown in for good measure. “
Unemployment is a bane almost everyone can appreciate -- especially today -- a universal affliction that becomes a sobering reality for many people during even the best of economic times. And, while the loss of each individual job is traumatic, that's nothing compared to what happens when the livelihood and identity of an entire community are jeopardized by a round of mass layoffs. Brassed Off! takes a look at laid-off miners in 90’s England. A small Yorkshire mining town is threatened with being shut down and the only hope for the town’s men is to enter their Grimley Colliery Brass Band into a national competition. They believe they have no hope until Gloria (Tara Fitzgerald) appears carrying her Flugelhorn. At first mocked for being a woman, she soon becomes the only chance for the band to win. In joining the band she puts her relationship with her childhood sweetheart Andy (Ewan McGregor) on the line.

1996; 101m; U.K.; Director: Mark Herman; cast: Pete Postlethwaite, Tara Fitzgerald, Ewan McGregor, Jim Carter, Sue Johnston, Stephen Moore, Ken Colley, Grimethorpe Colliery Band
Tuesday, June 2: 7P: Pride
(Special LGBTQ Pride Month screening!
FREE; register here
​7P via Zoom
Back by popular demand (and with the tech issues solved)!
​Inspired by an extraordinary true story. It's the summer of 1984, Margaret Thatcher is in power and the National Union of Mineworkers is on strike, prompting a London-based group of gay and lesbian activists to raise money to support the strikers' families.
"The film's high spirits are genuinely infectious. And it says something that 30 years after the events it depicts, Pride should feel so unexpectedly rousing. People cooperating across ideological lines? Finding common cause with folks they don't 100 percent agree with? What a concept." - Bob Mondello, NPR 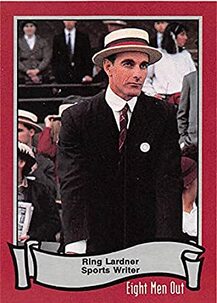 A dramatization of the Black Sox scandal when the underpaid Chicago White Sox accepted bribes to deliberately lose the 1919 World Series.

"Much more than a film about baseball. It's an amazingly full and heartbreaking vision of the dreams, aspirations and disillusionments of a nation, as filtered through its national pastime. ..resembles the film maker's earlier and more mournfully beautiful ''Matewan,'' not only in using many of the same actors, but also in bringing such far-reaching sympathy to its story."
Janet Maslin, The New York Times
Click below for the DC LaborFest YouTube channel, Twitter Feed and Facebook page