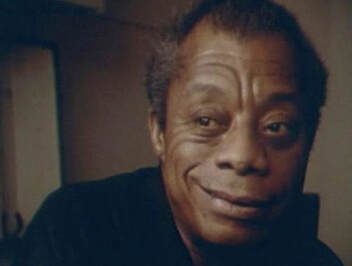 The Workers Unite! Film Festival is offering an encore of Film Faves for Black History Month
Weds, February 24
ALL DAY: 9:00AM - 11:00PM EST
Click here for the Watch Page

I Heard It Through the Grapevine - James Baldwin retraces his time in the South during the Civil Rights Movement, reflecting with his trademark brilliance and insight on the passage of more than two decades. [...] Baldwin lays bare the fiction of progress in post-Civil Rights America — wondering “what happened to the children” and those “who did not die, but whose lives were smashed on Freedom Road.” (Directed by Pat Hartley and Dick Fontaine, 1982, 1 hr 35m) (Clip)

Profiled - Knits together the stories of mothers of Black and Latin youth murdered by the NYPD into a powerful indictment of racial profiling and police brutality, and places them within a historical context of the roots of racism in the U.S. Some of the victims — Eric Garner, Michael Brown — are now familiar the world over. Others, like Shantel Davis and Kimani Gray, are remembered mostly by family and friends in their New York neighborhoods. (Directed by Kathleen Foster, 2016, 52m) (Trailer)

Trouble Finds You - Bronx native and Masters student Kraig Lewis has his life turned upside down when he gets caught up in New York's largest gang take down. Now he was to find a new path. [...] Lewis, along with 119 others, were prosecuted under a law originally designed to target mobs but are now increasingly used against low-income neighborhoods of color in New York. (Directed by Stephanie Tangkilisan, 2019, 26 min) (Trailer)

Quarantina - Director Pat Hartley (I Heard It Through the Grapevine) talks about being an older black woman amid the COVID-19 pandemic. (2021, 3 min)

Filmmaker Justin Thomas on Black Film, Art and Activism (Free)
The award-winning filmmaker and WUFF alumnus discusses the motivation for creating the Black Independent Filmmaker App to support filmmakers of color in the independent community. In addition, he will share stories behind his two documentaries Truth Through A Lens and Sophia Dawson: PURPOSE, and how social justice and activism are driving factors that inform much of his film work.
Available as a pre-recorded event. 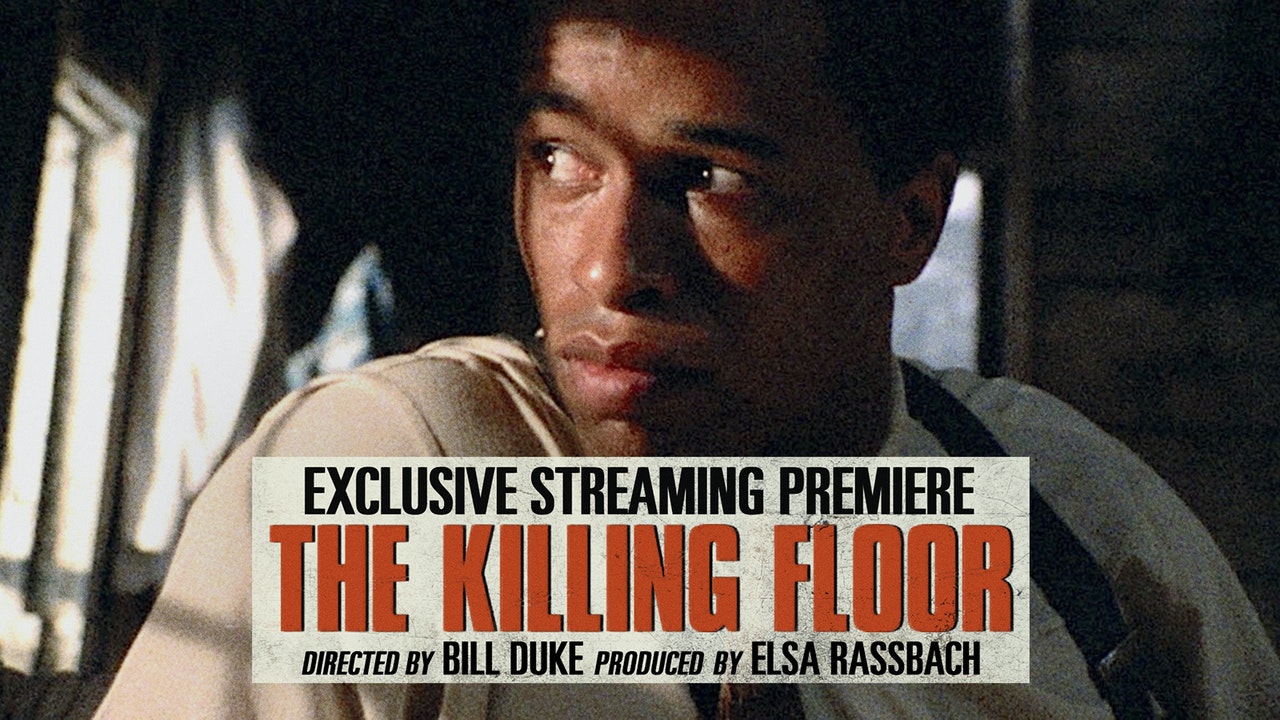 LABOR MOVIES STREAMING NOW
The Killing Floor
Directed by Bill Duke • 1984 • United States
Starring Damien Leake, Alfre Woodard, Moses Gunn
Originally broadcast on PBS’s “American Playhouse” in 1984, the stirring first feature from actor and filmmaker Bill Duke explores the little-known story of an African American migrant’s struggle to build an interracial union in the Chicago Stockyards. Based on actual characters and events, the screenplay by Leslie Lee, from a story by producer Elsa Rassbach, follows the journey of Frank Custer (Damien Leake), a young Black sharecropper from Mississippi who, in the aftermath of World War I, travels to Chicago for a job on the “killing floor” of a meatpacking plant and the promise of greater racial equality in the industrial North. There, he must navigate the seething ethnic and class conflicts—stoked by management and culminating in the Chicago race riot of 1919—as he attempts to unite his fellow workers in a fight for fair treatment.

Three by Madeline Anderson
Recognized as the first Black woman to direct a televised documentary film, Madeline Anderson brings viewers to the front lines of the civil rights movement in these essential records of struggle and determination. Capturing a pivotal labor strike led by Black female hospital employees (I AM SOMEBODY), early desegregation efforts by Martin Luther King Jr. (INTEGRATION REPORT 1), and a rare interview with Malcolm X’s widow, Dr. Betty Shabazz (A TRIBUTE TO MALCOLM X), Anderson’s documentaries are a testament to the courage of the workers and activists at the heart of her films as well as to her own bravery, tenacity, and skill.

Solomon Northup’s Odyssey
Directed by Gordon Parks • 1984 • United States
Starring Avery Brooks, Rhetta Greene, Petronia Paley
Gordon Parks directs the original film adaptation of abolitionist Solomon Northup’s 1853 autobiography “Twelve Years a Slave,” later the basis for the Academy Award–winning drama by Steve McQueen. Avery Brooks stars as Northup, a free Black man born in New York who was kidnapped, sold into slavery, and held in bondage in Louisiana for more than a decade. Originally aired on PBS, SOLOMON NORTHUP’S ODYSSEY brings his powerful tale of perseverance and resistance to the screen with searing conviction.
The Big Meeting
Thu, Feb 11, 7p  (local UK time; 2p U.S. EST)
Facebook Event here
Zoom Meeting
Documentary about the annual Durham Miners Gala. Screening This will be followed by a live Q&A with the film makers and one of the organisers of the Gala.
Hosted by the Cambridge & District Trades Council during ♥ Unions Week
"Every second Saturday in July the city of Durham is taken over by miners, trade-unions and the public for an event known locally as 'The Big Meeting’. The Durham Miners' Gala is an annual celebration of noise, colour and solidarity, of class culture, creativity and endeavour. Attracting 200,000 people, banners and brass bands parade through the streets to honour their heritage. The Big Meeting reflects the past, present and future of the Gala and labour movement, whilst following four protagonists over the course of this impressive working- class occasion. This will be especially poignant viewing whilst we are in lockdown but hopefully be a positive experience to see and feel something we can look forward to returning to.”
- Chris Jury & Reuben Irving, Festival Directors, Tolpuddle Radical Film Festival

9TO5: THE STORY OF A MOVEMENT

9to5: The Story of a Movement captures the real-life fight that inspired a hit and changed the American workplace.

When Dolly Parton sang “9 to 5,” she was doing more than just shining a light on the fate of American working women. Parton was singing the true story of a movement that started with 9to5, a group of Boston secretaries in the early 1970s. Their goals were simple—better pay, more advancement opportunities, and an end to sexual harassment—but their unconventional approach attracted the press and shamed their bosses into change. Featuring interviews with 9to5’s founders, as well as actor and activist Jane Fonda, 9to5: The Story of a Movement is the previously untold story of the fight that inspired a hit and changed the American workplace.
“Thank you so much for this wonderful, informative, and inspiring evening!” said one attendee as Tuesday night’s DC Labor FilmFest screening of 9to5: The Story of a Movement wrapped up after the Q&A with 9to5 co-founder Debbie Schneider and Angel Darcourt, Associate National Field Director for Working America, moderated by Elise Bryant, president of the Coalition of Labor Union Women.
The screening was the latest in the FilmFest’s 2021 Bread and Roses monthly screening series; the next one will be March 9, and we’re working on plans for this year’s DC Labor FilmFest, which will be online again this year. We’re also meeting with labor film festival organizers from around the world in an effort to coordinate screenings (see below for one coming up tomorrow in the UK). Though there will obviously be timing issues, we’ll keep you posted on what’s available. We’re also keeping an eye on laborific movies available on the various streaming services for you to watch on your own schedule, as well as other upcoming labor culture events.
And if there's an upcoming labor film -- or labor culture event -- we should know about, hit us up at [email protected]

"Stand! tells the important story of the power of collective action. Workers should see this film to learn not only about labor history but the important value of fighting for our rights and greater justice." -Richard Trumka, President, AFL-CIO

An immigrant Romeo & Juliet battle for love and a better future during a time of social upheaval. Director Robert Adetuyi (“Stomp the Yard”, “Bring It On”) teams up with two-time Emmy Award-winning cinematographer Roy Wagner in this movie adaptation of Juno-award-winning composer Danny Schur & Rick Chafe’s hit musical.
1919. Stefan and his father Mike fled Ukraine for the New World, where they struggle to earn enough to re-unite the family. Stefan is instantly smitten with the Jewish suffragette neighbor, Rebecca – but Rebecca’s brother Moishe and Mike oppose the would-be Romeo and Juliet. Returned soldiers, angry at the lack of jobs after the war, violently threaten the city’s immigrants, including Emma, the refugee from racist violence in Oklahoma. When a movement develops for workers to leave their jobs in protest, AJ Anderson, a wealthy lawyer, pits all against each other in a dramatic and inspirational final stand.
“Hamilton meets Fiddler on the Roof meets West Side Story” – Reel Chicago.
“Broadway-worthy tunes that stick in your head” – Globe & Mail.
“One of the greatest historical stories I have ever seen” – Hollywood North.
“Four stars” – CBC Radio.
Director: Robert Adetuyi; Writers: Rick Chafe, Danny Schur; Stars: Laura Slade Wiggins, Gregg Henry, Marshall Williams and Lisa Bell.
2019; 1h 50min; Drama, History, Musical; December 2020 (USA)

​If you missed the recent screening of the new film Radium Girls -- or want to see it again or share it with friends/colleagues -- you can catch it here, where $2 of the ticket will go to support the Coalition of Labor Union Women’s work creating connections between the feminist movement and the labor movement in the United States. Based on true events of the 1920’s, Radium Girls stars Emmy and Golden Globe nominee Joey King and Abby Quinn as teen sisters dreaming of Hollywood and Egyptian pyramids while they paint glow-in-the-dark watch dials at the American Radium factory in New Jersey. But when Jo loses a tooth, Bessie’s world is turned upside down as a mystery slowly unravels and leads to a lawsuit against American Radium. The notorious case ultimately led to a lasting impact in the area of workplace health and safety as well as the study of radioactivity. "The film was amazing," said one attendee last night. "So beautifully made and with such an important and meaningful subject."
NOTE: if you'd like to give someone a ticket, just click on "Give as a gift" on the ordering page.