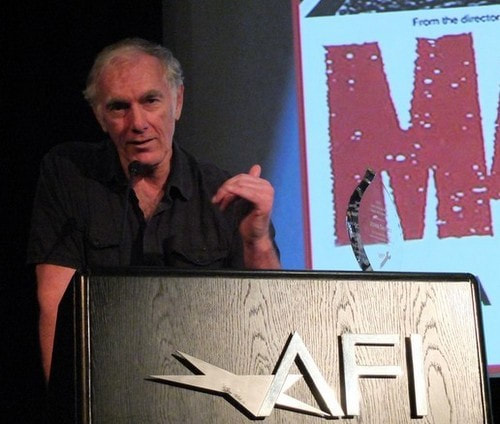 John Sayles -- who appeared at the May 16 DC LaborFest screening of "Matewan"—is an American independent film director, screenwriter, editor, actor and novelist. He has twice been nominated for the Academy Award for Best Original Screenplay for "Passion Fish" and "Lone Star." Sayles received the LaborFest’s Tony Mazzocchi Labor Arts Award and did a Q&A after the film.

The late Haskell Wexler, who served as cinematographer on four feature films with me, would often call out that phrase when it was time to end one sequence or location and start on the next, and it occasionally got a laugh from the more seasoned grips and gaffers. There is an "above the line"/"below the line" divide that operates on Hollywood film sets, and cinematographers, with their unique expertise and generally higher salaries, can be considered close to royalty behind the camera. But in fact, to make a movie production function with any sort of efficiency, the participants do have to treat each other as "fellow workers," with even the biggest stars having to defer to or depend on somebody far down the pay scale from time to time. 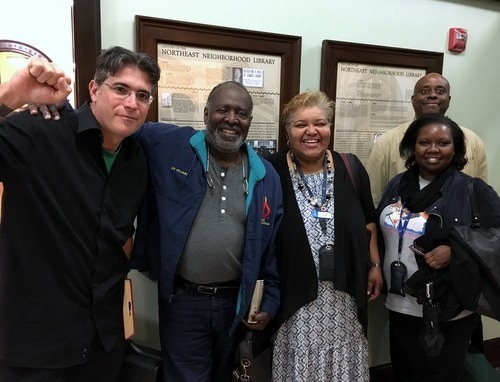 AFSCME library workers who gathered together on May 10 at the LaborFest event “Digging Where We Stand: Uncovering Local Labor Histories” at the Northeast Branch library of the District of Columbia Public Library were treated to a bit of living history from former Metro Washington Council AFL-CIO President Jos Williams, who provided some much-needed background about labor unrest at the Library of Congress in the early 1970s. An employee of the Library at the time, Williams was at the forefront of key events there which culminated in the founding of two AFSCME Locals. “Digging in our workplaces to find our union stories keeps the past in front of us,” presenter David Fernández-Barrial said. “People want to ‘put the past behind us’ and ‘move on’, but are curiously never willing to have history in front of them or to deal with its real consequences in the present day. Jos did his part to help us unearth some important treasures of militancy and advocacy in our LOC and DCPL workplaces, and provide a small measure of justice for those who fought for the dignity and respect of the employees of these institutions.” 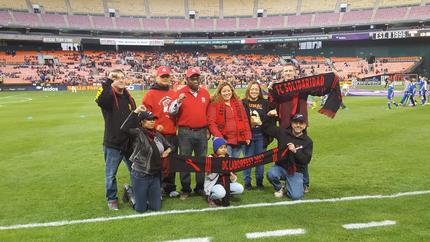 "My grandfather is a huge influence in my life even though I only knew him for three years and barely remember him," says William "Jake" Lucas, Senior Account Executive, Group Ticket Sales at D.C. United. "I was able to meet him through the stories my mom and his friends, mostly from the steel workers union, told me and my sister. Every group night I create has a hidden story behind it and I am beyond excited to see how successful our Labor Night has become. Thank you Chris Garlock, AFL-CIO, and all of the labor unions in DC for your hard work in helping bring out over 500 local labor union members to our last match!"

The 2017 DC LaborFest calendar of events “Save the Date” card has just been released. "Save the Date" cards were delivered last week to Metro Council affiliates and international unions. Click here to download a full-color PDF.