The 2020 Session of the Maryland General Assembly starts on Wednesday January 8. There will be more changes than usual in the upcoming session, and plenty of challenges.

The former Speaker of the House of Delegates, Mike Busch, passed away last April, and the President of the Senate, Mike Miller, is stepping down.  The new Speaker of the House of Delegates will be Adrienne Jones, from Baltimore County, and the new President of the Maryland Senate will be Bill Ferguson, from Baltimore City.  Both Jones and Ferguson have made some impressive new appointments to the legislative leadership, and I am optimistic that more progressive legislation may now be passed by the General Assembly and become Maryland law.

As we get close to the opening of the session, the top legislative issues are coming into focus.  Last weekend I attended two different conferences that discussed legislative priorities. Here are some of the issues that will be discussed at the upcoming session, and some of the legislation that is being proposed.  I will discuss more in my upcoming newsletters, and  once the proposed legislation is introduced, I will let you know the numbers of the bills.
For more information on these bills, or to find out about a bill or topic that is not listed below, please send me an email.

Kirwan Committee Recommendations and New School Construction      Everyone agrees that the top issue in the upcoming legislative session will be education. In 2016, the Maryland Legislature formed the Commission on Innovation and Excellence in Education, popularly known as the Kirwan Commission. The commission issued a report earlier this year with an aggressive plan to improve Maryland’s schools.  Implementation of the plan requires increased spending of up to $4 billion per year. New school construction will also be a top priority.  In fact, the Speaker of the House has said that the first two bills, HB1 and HB2, will be for school construction and implementing the Kirwan recommendations.

Raising Revenue to Pay for Education            Unfortunately, even if the bills pass, little can be done without a realistic plan to raise revenue.  A group of legislators have put together a package of revenue proposals that would raise close to $3 billion a year by taxing corporations and the super-wealthy in Maryland, not working people.  Some of these proposals are: Requires large, multistate corporations to pay their fair share in corporate taxes for profits generated from subsidiaries in Maryland. Requires large, multistate corporations to pay their fair share in corporate taxes for profits generated related to sales in Maryland. Applies a 4% entity-level tax on profits over $1 million for LLCs (limited partnerships that do not pay a corporate business tax). Prohibits an individual from claiming the State income subtraction modification for contributions made to the Maryland College Investment Plan if the contributed funds are used for private elementary or secondary education expenses. Disallows tax credits (such as for solar panels and accessibility ramps) for high-income tax filers. Lowers income tax rates on income earners below median, raises rates on income earners above, and restores millionaire tax at 7%.  Applies a 1% surtax on capital gains income, to partially offset special treatment in federal tax code. Reverses handout to wealthy given in 2014, by resetting the estate tax exemption limit at $1 million instead of $5 million. Establishes a greenhouse gas (GHG) pollution charge on all GHG-producing substances distributed or used in the State.

If you do not know who are your representatives, you can find them at www.mdelect.net.   There is also a very good smartphone app, Verizon MD GOV,  that lists all the Delegates and Senators, with their committees and their contact numbers.

There are a lot of good bills that are will be introduced in the next session.  This is only some of them.  It’s easy to introduce a bill, it is hard to get it passed and it needs people to call their legislators to get it done!

The District of Columbia Nurses Association (DCNA) and Service Employees International Union (SEIU) 1199 urge all concerned area supporters to:
PLEASE CALL OR EMAIL MEMBERS OF THE DC COUNCIL AND THE CITY ADMINISTRATOR NOW TO SUPPORT WORKERS AND RESIDENTS IN WARDS 7 & 8
​
The next 24 hours are critical in the battle for a new East End hospital, workers and Howard University. A final vote by the DC City Council on the East End Hospital is scheduled for Tuesday, with two crucial amendments at stake, one ensuring that workers at the new hospital will be protected by a union contract, the other that Howard medical students and residents can continue to be trained there. Universal Health Services, the Mayor and Councilmember Gray have threatened to kill the East End Hospital if these two measures remain part of the legislation, but “We must continue the fight and make sure the DC Council does not abandon workers or Howard University,” says Metro Washington Council Political Director David Dzidzienyo. DCNA, SEIU 1199, other unions, community leaders and Howard University urge turnout at the DC City Council vote – 9:30a at the Wilson Building – as well as calls and letters to Council members to support all labor-proposed amendments.
​

SAMPLE LETTER (COPY AND PASTE; see below for email addresses and phone #s):

Re: East End Hospital Equity Act of 2018
I write you today in support of efforts by the District of Columbia Nurses Association, National Nurses United, 1199SEIU, the Metropolitan Labor Council, AFL-CIO and church and community leaders. I strongly request that you vote “NO” on the “East End Hospital Equity Act of 2018,” or “YES” with amendments ensuring continuation of quality union jobs at the new hospital and that the new hospital will provide comprehensive health care services.

As described by labor, church and community leaders at a press conference last Thursday morning, “here in DC, an oasis in a desert of corporate greed, our leaders must decide whether they will drain the water from our community and add to the swamp of corporate greed by allowing a documented anti-union corporation, Universal Health Services to add to its coffers without providing equal health care services to residents of Wards 7 and 8.” This bill will give UHS a monopoly on health care services that will threaten the very existence of Howard University Hospital.  Services including care for cancer, cardiac issues, at risk pregnancies and many others may not be available in Southeast, but fed to the GW University Hospital campus.
​
UHS, with no apparent disagreement from the Mayor, refuses to provide workers at United Medical Center with quality, union jobs at the new hospital that is replacing the services at UMC.  Good quality union jobs are in jeopardy.  Workers at UMC have endured multiple management configurations, bankruptcies, pay freezes and benefit cuts, yet they have stayed loyal to the residents of Southeast and their patients. To now be told by the very people that have mismanaged care at UMC that guaranties of job security and pay and benefits will no longer be honored is unacceptable. 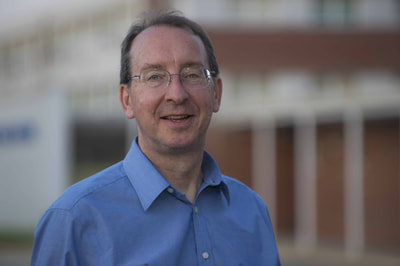 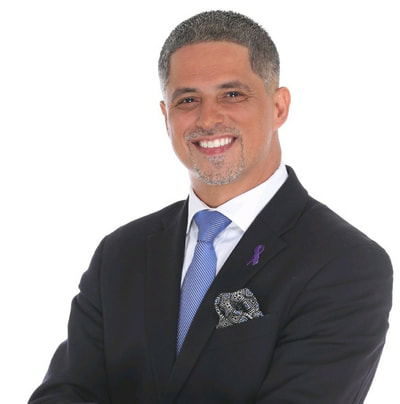 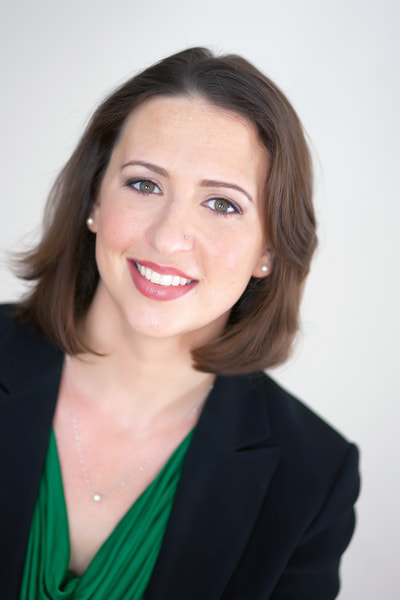 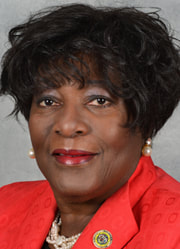 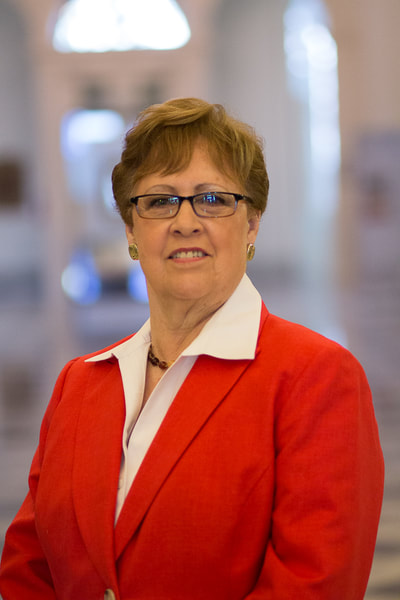 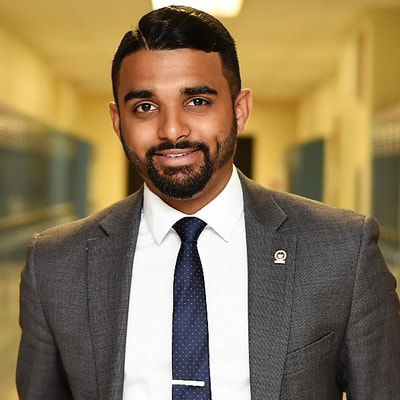 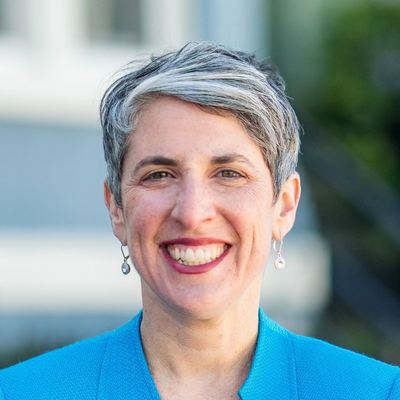 TOM DERNOGA (Prince George’s County District 001, top left) is an attorney, long time civic and environmental activist. He has represented numerous organizations and citizens in protecting the quality of life in their community. He's consistently fought for ethical, open and transparent government. Tom been endorsed by numerous progressive, environmental and labor organizations including the Prince George's County Educators' Association and the AFL-CIO.

SYDNEY HARRISON (Prince George’s County District 009, top middle): After being abandoned at birth, Sydney was adopted by the Harrison family, raised in southern Prince George’s County, attended public schools, and graduated from Frederick Douglass Senior High. In 2014, Sydney was elected to serve as the Clerk of the Court, for Prince George’s County and the Democratic Central Committee. He successfully manages 208 employees and oversees $58 million in annual revenue. Under Sydney’s leadership, the Clerk’s Office successfully streamlined business operations, improved workflow and service delivery, as well as instituted his acclaimed “We Care Standard.”

BRIANNE K. NADEAU (District of Columbia City Council - Ward 1, top right) has been a DC Councilmember representing Ward 1 since 2015, and has distinguished herself as a leader on affordable housing, education, and supporting working families. She grew up in a union family, with organizers in both of the generations that came before her. She lives in Park View with her husband Jayson, and daughter Zoe, and is proud to be a working mom, serving others.

EDITH J. PATTERSON (MD House of Delegates D28, row 2, left): Throughout my years of public service, I have been a proven Democratic leader who has remained committed to serving as the voice and advocacy for working families and creating opportunities for a better quality of life. During my four - year tenure representing District 28 in the House of Delegates, I’ve been hard at work putting Maryland Families First, voting to increase the State’s Minimum Wage for thousands of working families; to provide 700,000 hardworking Marylanders with Paid Sick Leave; supported legislation to reduce health care and prescription costs to ensure working families have health care access. With your help, I will continue to be your Strong Voice in the House of Delegates for District 28 Families.

SAMIR PAUL (MD House of Delegates, D16) is a public school teacher. The son of Indian immigrants, he grew up in Montgomery County and studied computer science at Harvard. After working on the 2012 Obama campaign in rural Wisconsin and spending two years serving government clients at IBM, Samir returned in 2014 to teach computer science in the very same MCPS classroom where he was once a high-school student; he was named Montgomery County's Rising Star Teacher of the year in 2016.

SUSIE PROCTOR (MD State Delegate, row 2, middle): I believe in strong leadership to create better working conditions from wages to contracts, from advocacy to empowerment. AFL-CIO unions provide these benefits for workers and I provide leadership at the state level to support unions. I will always support working people and the organizations that support them. Vote for those who support your work!

ELISSA SILVERMAN has focused her career on making the District of Columbia government accountable, responsive, and accessible to residents. In 2014, she was elected to an at-large seat on the D.C. Council, where she serves as chair of the Council’s Committee on Labor and Workforce Development. During her first term, Elissa co-authored a groundbreaking family leave bill, now law, which gives D.C. workers the time necessary to take care of themselves and their family members without fear of financial repercussions. She also authored a bill that strengthened the District’s unemployment insurance program. A major focus of Elissa’s legislative agenda has been making sure that the District remains affordable to all, delivering $20 million in additional money to repair D.C.’s public housing and more tools to keep landlords accountable to tenants and combat displacement. She has been a champion of putting at least $100 million into affordable housing production every year.

JOSHUA THOMAS (Prince George’s County District 002, row 2, right): I’m a native Prince Georgian and alumnus of Eleanor Roosevelt High School in Greenbelt, MD. Why am I running? I’m a former middle school teacher, and I remember the challenges of teaching in an underfunded school system in which I had no way of expressing my concerns to those who were elected to represent me. I want to amplify the voices of teachers, families, and students because I understand their struggles in education from firsthand experience. I fully believe that educators can make the best decisions for public education, and I pledge to act in the best interest of working families in every tough decision I face as a board member for Prince George's County Public Schools.